From 11th – 18th September RHA’s National Lorry Week in the UK aimed to raise the profile of the haulage sector across the UK. Here are some recent facts and figures which reveal just how important the £74Bn haulage industry is to the UK economy.

With Brexit negotiations now in progress, there are likely to be changes ahead for many in the haulage industry and for haulage business owners. The Independent Transport Commission recently published a July 2017 report; ‘How will leaving the EU affect UK transport’ in which the impact on road freight is discussed. 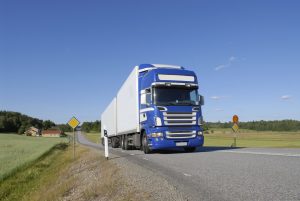 “The impact on road freight must also be considered. Under existing EU agreements simplified processes mean that it is as straightforward to ship goods to Manchester from Milan as from Margate. This will change after leaving the EU and a significant risk exists for supply chains that deal with exports and imports by road if new customs controls are imposed at border points. The Road Haulage Association (RHA) has recently called for a comprehensive Land Transport Agreement between the UK and EU that would allow unfettered road haulage for licensed operators across the UK and EU to continue. Such an agreement would also help to maintain vehicle standards and avoid lengthy checking processes. Without seamless customs across ports and borders it is feared that massive queues of lorries could build up at UK ports, causing time sensitive goods to deteriorate alongside potential knock on effects on production.”

Andrew Bourne & Company is an independent haulage insurance specialist. We actively support the RHA’s aim to raise the profile of the haulage and logistics industry, highlight its importance to the UK economy and its aims to improve standards for drivers and haulage businesses. We work closely with business owners that want to invest in improving safety standards and processes among their drivers and on site. We offer support and advice for haulage businesses so that they can operate well-managed businesses and demonstrate reduced risk which in turn, keeps premiums as low as possible.